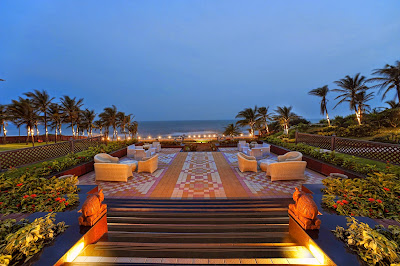 The Mayfair Group of Hotels and Resorts is one of the leading enterprises in the hospitality business of India. This particular group of hotels and resorts is well set in some of the most famed travel destinations of the world that are located in India. Luxurious stays under the canopy of Mother Nature is the essence that they have been able to capture. This enterprise has been set up mainly in four states of India namely Goa, Sikkim West Bengal and Orissa.
The hotel and resort in these four states have been built in the most pristine of locations that the state is known for. The locations add a lot of value for they are places one should definitely visit at least once in your lifetime. The Queen of Hills Darjeeling, the fun capital of India i.e. Goa, Serene and Beautiful Gangtok, the cultural Bhubaneswar and sandy Puri are the locations where the hotels are located. Among these beautiful locations that the hotels are built in two of them are 5 star deluxe hotels that can be said to be jewels in India Luxury Hotels.
The Mayfair Spa resort and Casino in Gangtok, Sikkim is the first of its kind luxury hotel. This particular 5 star deluxe hotel is known for its full fledged onshore gaming casino other that the imperial luxury stays. The other 5 star deluxe hotel is located at Bhubaneswar in Orissa and is known as the Mayfair Lagoon. Other than these two the other resorts and hotels are also of the star luxury standard. The accommodations at our hotels range from deluxe rooms, suites, cottages, penthouses and villas that fitted with the latest state of the art amenities. The comfort and lavishness of a stay here is something that nothing short of royal.
The hotel and resorts that have been built at these dream destinations has been able to capture and harness the loving, heart warming, cheerful and beautiful atmosphere of the place itself creating an ambience that is sure to boost your holiday spirit.