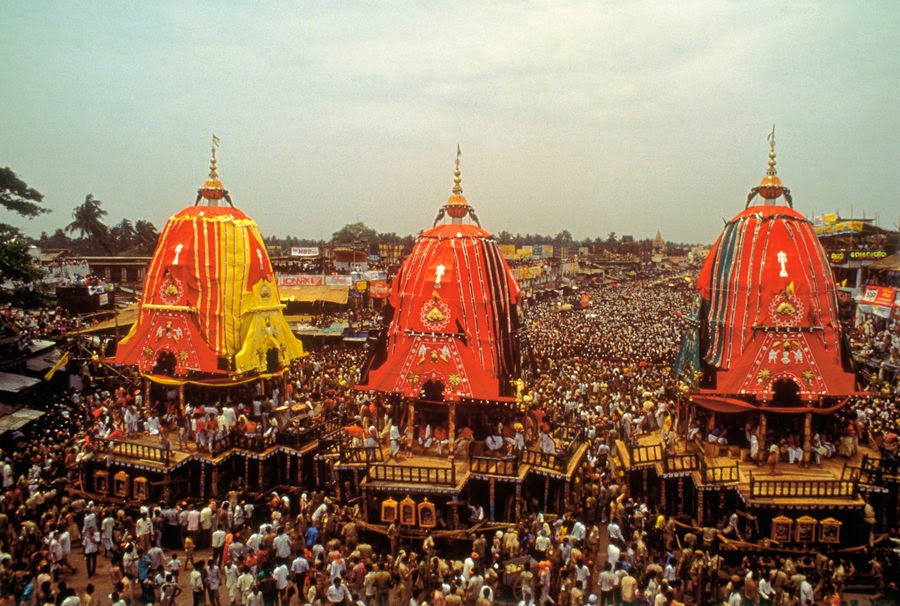 The entire coastal town and its surrounding area witness the heavy influx of devotees who come to be the part of this grand celebration. They come to pull the holy chariots of Lord Jagannath, Balbhadra and Goddess Subhadra. Preparation of the festival starts many days before the very special day. And on the day of the festival or Rath Yatra, the wooden idols of Sri Krishna, Balram and Subhadra are taken out in procession in three giant chariots to their summer temple for a week. 14 meter height, 10 meter square and 16 large wheels are the features of the main chariot in which Lord of the Universe are carried.

Puri Rath Yatra 2014 is beginning on 29th of June and the celebration will continue for nine days. During the festival, the entire holy town is wrapped in the colors of festivals.

If you want to be the part of this grand celebration, Mayfair Heritage and Mayfair Waves welcome you to stay in luxurious environment and to witness the Puri Rath Yatra 2014 celebration. Mayfair Heritage is a 3-star luxury hotel; while Mayfair Waves is a 5-star ocean front boutique resort providing you world-class facilities and services according to their categories.

You have to book the room in advance to avoid any hassle as the hotel goes full during Rath Yatra.